Life in Venezuela is Tragic.

Previously the wealthiest country in Latin America, and despite one of the world’s largest oil reserves, Venezuela has fallen into catastrophic economic despair. Rampant corruption and mismanagement has put the country in unimaginable crisis. 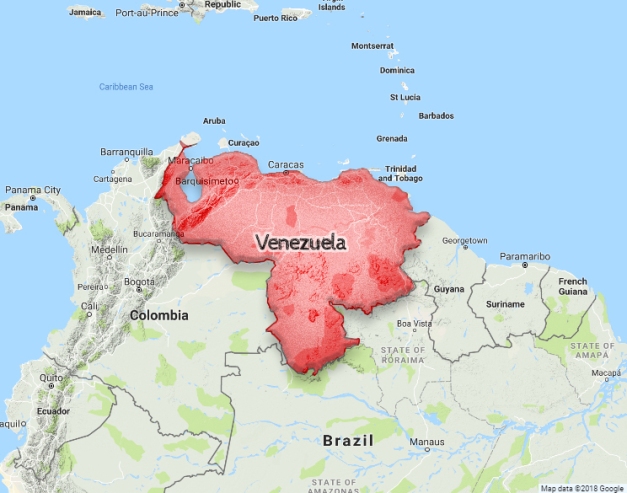 The bolivar, Venezuelan currency, is experiencing hyperinflation. Inflation is now over 80,000% (at the time of this writing) and is predicted to reach 1,000,000% by the end of 2018 [UPDATE: Dec 2018 1,200,000%]. Stacks of cash are required to buy anything because a few million bolivars are worth less than $1. Hyperinflation on this scale decimates life as we know it; people can’t save any money, can’t budget beyond a week, and struggle to purchase or even find food, toilet paper, and medicine. 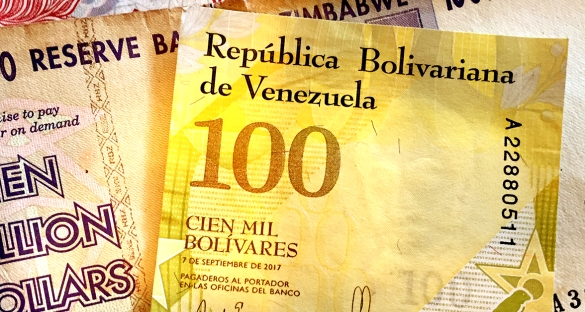 Hyperinflation events have happened many times before, but for the first time in history, people have a open, border-less, and neutral monetary option decoupled from their failing government.

Despite bitcoin’s rather extreme volatility in price, the bolivar’s value is decreasing so rapidly that bitcoin’s price fluctuations are essentially negligible in comparison, and some Venezuelans have embraced bitcoin and other crypto currencies to store their value.

By exchanging their bolivars to bitcoins, they can escape from hyperinflation, keep their money from evaporating day-to-day, and accept international donations to buy food for hundreds of families (with plans to help and educate thousands more).

I argue that bitcoin will change the world. In this case, maybe it already has.

One of my Venezuelan contacts agreed to answer some questions about life in Venezuela and how bitcoin is helping him survive:

“Oh boy, it is already hard [for] some of us to understand what is going on, now imagine trying to explain it to a foreigner. I will try my best to give a plausible explanation of our situation so that at the end of this interview the reader have a solid knowledge of how the once richest country in South America became one of the poorest of the world in a economic catastrophe that could have been easily prevented and what are we doing in order to survive the worst crisis in our recent history.”

How has the situation become so bad in a democratic society?

…TLDR; we elected a crazy lunatic as our president [Chaves], he destroyed our economy in his pursuit of total power, but he gave a lot of free stuff so people kept voting him for 13 years. Lunatic died and left someone more corrupt than him [Maduro]. Now he has destroyed what little’s left of our country…”

Life for Venezuelan citizens is hard to imagine for people in countries like the US. Could you describe what life is like there and why it’s so hard to meet even basic needs like food and supplies?

“We aren’t living, we are surviving. The day to day of the average Venezuelan consists in a series of fights to get through everything.

Want to go to work? Good luck with that! 95% of the public transport is collapsed due to a lack of spare parts.

Want to get government’s subsidized food? (The only food you can buy with your 2$ wage) Do an 8 hour line.

Want to protest for your miserable living conditions? The government sends you these bad boys so you won’t ever dare to do such a risky thing again:

This applies to everything.

And you would ask why it is so difficult to meet basic needs? Due to three major reasons:

But this is where it gets funny. Contrary to what many first world socialists want you to believe, the hoarding wasn’t done by the ‘evil capitalist’s businessmen’, it was the government all along!

‘The PDVAL case refers to the discovery of thousands of tons of foodstuffs with an expiration date in Venezuela in mid-2010, imported by the government of Hugo Chávez under subsidies through the state company PDVAL’.
–  [English google translation, original Spanish article here]

It turns out that starving us was always their plan.”

Compared to the US, the cost of goods in Venezuela is very low. If I sent you $5 of bitcoin, would it cover the cost of food for a week or more?

With that amount of food you can ‘survive’ for like, one week.

Also exchanging bitcoin for Bolivar is super easy with websites like localbitcoins.com.

But [donation] is not a long term solution.”

The Venezuelan Dictatorship is promoting use of their own national crypto currency called the Petro, and it’s backed by oil. Wouldn’t this be a good thing for citizens because the price of oil shouldn’t hyper-inflate like the Bolivar?

“First the petro is a scam, to this date it doesn’t even exist.

It is a good idea? I would say yes. It’s actually a great idea; the issue is… it’s being implemented by communists that don’t believe in freedom. So it’s bound to fail.”

Are Bitcoin and other crypto currencies widespread there or is there potential for them to be? Do you think people there are willing to go through the hassle of learning about using bitcoin wallets and exchanging their money for a chance at storing their value?

“Crypto usage is very limited to very, very few businesses. A lot of people only know about crypto currencies because government propaganda of Petro, and let me tell you, their opinion is not very good. Mainly because the government’s handling of the Petro has been a complete disaster (Why doesn’t that surprise me?)

Good news is that crypto is very popular among the young Venezuelans (I among them), as it is the only way to gain access to a decent wage here. As the crisis gets worse Venezuelans that just can’t simply leave will have to resort to Bitcoin/altcoins to freely trade goods.

PayPal used to be popular as well but it has been lately closing Venezuelan accounts for some reason. Bastards, they probably left some family without their meal.”

Is bitcoin legal to use in Venezuela? If it were illegal do you think it would stop people from using it if bitcoin allowed them to secure food when they previously could not?

“Our legislation still doesn’t recognize Bitcoin and God I hope it never will. That would mean that the government plans to get their dirty hands on it, which they are probably thinking how to do it right now. Thanks to Bitcoin many Venezuelans are able to put food on their tables and for this government that is a capital crime.

If some day they made Bitcoin illegal it would have practically zero effect since it’s impossible to control Bitcoin, people would keep selling Bitcoin like they sell dollars every day.

Controls have never worked in the past, and they never will.”

Previously you gave me link to a wiki with information about how people can help the situation there. Is there anything specific you think would be most useful or any other ways that we might be able to help?

“Find an actual Venezuelan and offer him your help. There are hundreds of us in r/vzla that even 5$ would help to buy more food for a week.

I would also suggest that you spread the word between your relatives and friends about what’s happening in Venezuela, let them know why egalitarian ideologies are not desirable and only cause misery and despair wherever they are implemented.

Oh and if you come across someone defending the Venezuelan regime, please use all this information to make him shut up.”

Is there any hope for the future or anything else you want to add?

“For Venezuela to have a future in the first place the Maduro regime will have to be forcibly removed with violence because it is controlled by a perverse mixture of foreign interests and criminal interests that will not come out by peaceful means.

But who will do it?

We don’t have weapons to defend ourselves and the military is being permanently watched.

The US ‘empire’ still buys our oil, handing Maduro $ in cash to [fund] to his cronies. In fact they’re the only country that still pays for our oil. The oil we give to China and Russia is to pay for debts we have with them.

At this point only a humanitarian intervention would get Maduro out of power.

Will the International Community intervene in Venezuela to save our people?

To end in a hopeful note, I think cryptocurrency is a truly awesome concept; it gives us more control over our money and there are no signs that the Bolivar will stop devaluing in the near future – so I’m very optimistic that adoption will grow and more business will start to accept crypto as payments.

Finally I would like to give thanks to the crypto community; you guys have been very kind to my people donating thousands of dollars for a noble cause. Your actions have made our world better 🙂 Thanks!”